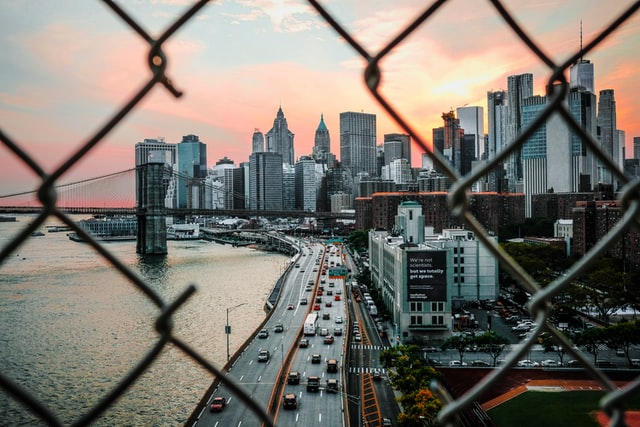 On May 30th of 2019, CNU was launched to a world wide audience on both the apple app store and google play store. With our first couple months behind us it is a great time to let you all know what we have learned, what we have gained, and where we are going next.

We brought in the release of cnu accompanied by close family and friends at The Shillelagh Tavern in Astoria, NY. It was a wonderful night of good music, good company, and good vibes. We spoke to those in attendance about the journey and importance of the mission to make CNU the new standard in creative connection, and thanked them all for the love and support they have given every step of the way.

We hit the ground running; posting on all social networking sites, promoting ads to reach past our creative networks, and speaking to whomever would listen. Through our efforts we entered our forth month with 108 total registered users. We have used the slow, but steady growth to establish relationships with the users to address issues, concerns, and questions. We have utilized social networking sites and creative groups to seek creatives whom could use the services CNU offers. In all cases we have been able to address their specific needs and emphasize the value in our product.

Through our efforts we were able to connect with a few individuals that share our vision for creative community building. These entrepreneurs remain dedicated to the world of art around NYC. On September 7th, Ruben and I participated in this years CREATE.FESTIVAL in Midtown Manhattan which is a organized event featuring artist, performers, and small businesses from vast array of backgrounds and regions. Organized by a graphic designer named Renny, we were able to setup up a booth to promote CNU; offering stickers, wristbands, and flyers that explain CNU’s most essential functions. We engaged with the creatives that were in attendance and the overall opinion was extremely positive. Every person we spoke to was so amazed that we have taken all the woes of the creative community to develop such an outstanding new creative tool. A few weeks later we were sought out by another young entrepreneur named Andre’ Stith. Andre runs a websites called Love City Arts which serves as platform for encouragement of love and unity amongst the cultural creative hubs of NYC. His positivity and pure passion for the arts led us to have a wonderful conversation, revealing that we shared many similar beliefs. He offered to have us speak on his vlog that he produces to feature artist and entrepreneurs from around the city. Accepting his invitation, we spoke on September 29th for thirty minutes speaking on the importance of creative connection, love, and passion. These connections helped us realize how many people understand and are vigorously engaging the mission of reconstruction and progression of the creative world.

We knew that once the app was out that the potential for issues could arise. No product is without flaw on its release, and we are no exception. We addressed all minor bug issues immediately and release our first update for the app in August. More important than the minor issues, was the public reception and using habits of our first 100 users. It became clear that their were some aspect of cnu that could be improved to make the user experience smoother, more useful, and easier to navigate. We developed a cnu enhancement list consisting of key upgrades that was communicated to our project manager, Ritima Sood and the development team of Artiems Web Solutions. Some of these updates include revealing creatives outside the 50 mile search radius for users whom can not find the creatives needed within a close proximity, inbox prioritization, and app icon notification alerts. These updates along with so many other were realized by paying close attention to our first users and recognizing the aspects of cnu that can be made better. Due to the cost of these updates, we will be knocking them out one-by-one. In a effort to accomplish these updates faster we will be launching our second fundraising campaign on kickstarter.

We are on a never ending journey that will help the creative world grow, connect, and thrive in our ever changing modern world. The first 4 months of this story has been one of growth and education into the unfamiliar world of social networking. We will continue to take in from all of our resources to help cnu reach its maximum potential, always looking forward towards the future.

Special thanks to Kaitlin of The Shillelagh Tavern, John Reyes, Eric Choto, Brian Flores, Renny of CREATE.FESTIVAL, and Andre’ Stith of LoveCityArts.